"Veganuary" For athletes - Good or Bad? Veganuary for athletes - good or bad?

So it's a pretty tough time for all, stuck at home, no events, but for good reason! Perhaps this is perfect chance to kick our old habits and build a lifestyle and routine to help you live a healthier, happier life?

Many are now even following the ever growing trend of Veganism, quite a lifestyle chance, but how can you balance this with your training? Well, it depends on your goals.

Well that all depends on what your goals are and how much time you're willing to put into breaking your habits, but it is doable.

Firstly, you have to remember most of these guys have nutritionists and some even cooks, so they definitely have an advantage. If you're willing to make the compromises and put the extra work in, you can make it work but is it right for you? There's one thing for certain, Veganism is a lifestyle not just a diet.

So let's get down to the facts here.

Known benefits of a Vegan diet

A lot of studies have shown vegan diets are more effective for weight loss than a lot of traditional calorie-restricted diets.

The facts, it is simply harder to obtain as many calories from a Vegan diet. Meaning you can feel full having consumed far less calories than other diets. For many athletes, this can actually have a negative affect on their performance.

2. Can be richer in certain nutrients

A typical Vegan diet tends to consist of a lot more whole grains, fruits, vegetables, beans, peas, nuts and seed etc. to replace meat and dairy. These products are higher in fiber, antioxidants and beneficial plant compounds. They also appear to be richer in potassium, magnesium, folate and vitamins A, C and E.

Eating larger portions of these products lead to higher levels in certain nutrients. There are exceptions of nutrients which prove particularly difficult to obtain form a Vegan diet such as Vitamin B12 and Iron which often leads to supplementation.

Vegans tend to have much lower blood sugar levels and higher insulin sensitivity which in turn has shown up to 50-78% lower risk of developing type 2 diabetes.

Research has shown, just eating at least seven portions of fruit and vegetables per day can lower your risk of dying from cancer by up to 15%. So naturally by following a vegan diet you end up consuming much more fruit and veg.  It's also been proven that eating more soy products can protect against breast cancer and avoiding certain animal products can actually help reduce the risk of prostate, breast and colon cancer!

Well... who are we to comment on whether a Vegan lifestyle is better for the environment or not? It's best we look at the facts. For a Vegan diet It all comes down to how we live and making an informed decision on what we eat.

Sources show eating Beef 1-2 times per week is equivalent to over 604kg of Greenhouse gas emissions each year. You'd be shocked to know that's 1,500 miles in an average car!

An Avocado, healthy & Vegan right...? Well strictly speaking yes, they are not animal products. Eating an Avocado 1-2 times per week, is only equivalent to 15kg of Greenhouse gas emissions each year.

BUT one average Avocado takes around 2,000 litres of water to produce!

So, if you're in it for the environment, what do you ask yourself? is it a question of just going Vegan? Or is it about making more informed lifestyle choices?

A carefully planned vegan diet can actually improve the rate of recovery for athletes due to the antioxidants available in plant-based foods. But, there are some important considerations an athlete must take first.

Challenges of Veganism for Athletes

Eating a Vegan diet can be very restrictive even for the average person. So when an athlete is considering a Vegan diet, they should take extra care in producing a well-planned diet which takes into account their particular nutrient needs to optimise physical performance. Often rich in many nutrients, low in saturated fat and cholesterol, high in dietary fiber... All sounds positive right? Unfortunately there are often a lack of other vital nutrients within a vegan diet.

Examples of which are Vitamin D, Calcium, Omega-3 fatty acids and Zinc. This can cause all sorts of issues for the human body, weakening your immune system, higher blood pressure or fatigue.

Important for transporting oxygen through the human body. A lack of Iron due to your diet can have a big impact on your body and especially your performance. It can cause you to feel lethargic and even put you at risk of developing types of anemia.

Naturally occurring Heme-iron is only found in animal sources and is much more readily absorbed by the body than non-heme-iron found in plant sources.

Vegan diets do naturally lack Vitamin B12 which can have irreversible effects if untreated BUT it is possible to manage. With careful planning of a nutrient-dense diet and supplementing B12 vitamins where needed.

We all know the importance of consuming Protein for recovering, rebuilding and maintaining lean muscle mass. During exercise, muscle begins to break down and become damaged, this is where Protein becomes critical, particularly for athletes.

It can require more thought when planning meals to consume the right amount of protein, especially in the middle of training cycles. There are plenty of sources such as: Soy, Legumes, Seeds, Nuts, Seitan and Quinoa. Although, you may find you need to supplement your protein intake more often as part of a vegan diet.

Just as it can be more difficult to obtain protein from a vegan diet, it can also be hard to maintain your calorific intake during training. Vegan diets generally involve consuming a lot more volume for the same amount of calories and make you feel fuller more quickly. So be careful to plan your day out, eat little and often, rather than aiming for three large meals.

There's never a "one fits all" solution. It really all depends on what your goal is.

One thing is for certain, whatever the motivation behind becoming Vegan, being ethical or environmental, make sure you take extra care in planning out your diet around your training and listen to your body.

Did you know? Most of our products are Vegetarian and a lot of them are actually Vegan.
With our range, you don't have to compromise on taste, texture or quality.

Would it surprise you to know that the man who:

Our most impressive story comes from a man named Rich Roll. Rich has been vegan since 2006, and was awarded the title of one of 2009's '25 Fittest Guys in the World' by Men's Fitness Magazine. He is best known for his participation in the Ultraman World Championships, which involves a 6.2 mile swim, 261.4 mile cycle and 52.4 mile run over 3 days. In 2008 he recorded the second fastest time for the 10 km swim, beating many professional athletes and finishing 11th overall. In 2009 he won the swim and the first day, finishing 7th overall. 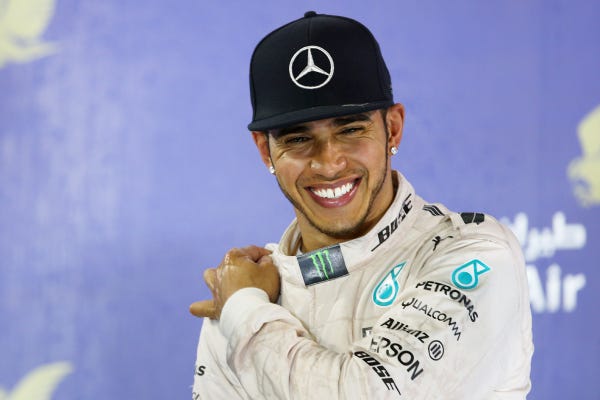 Elite athletes who are vegan, and what made them switch their diet - Business Insider

Diet and Nutrition Infomation for Vegatarian and Vegan Diets

We explore how fitness professionals can provide practical and easy to follow advice to clients who are vegetarian, vegan or pescatarian
https://www.hfe.co.uk/blog/training-vegetarian-or-vegan-diet/

Plant-based diets have recently gained popularity in sports, especially in athletes such as JJ Redick, Griff Whalen, Cam Awesome and Joe Holder. According to a new study in Nutrients, vegetarian and omnivore endurance athletes were found to carry almost the same body composition as well as the level of physical perform
https://www.orangemud.com/blogs/orangemud/an-endurance-athletes-guide-to-vegan-meal-prep
Facebook Twitter LinkedIn Pinterest
How do you feel about this post?
Happy (0)
Love (0)
Surprised (0)
Sad (0)
Angry (0)
Tags:
guide veganuary nutrition Vegan nutrition guides
The Infamous Bob Graham Round, 42 Fells, 66 Miles,...
What's Your Everest? Join the movement using #MyEv...

IT'S MINT! The Benefits of Mint in Sport.